The Collaborative Research Center 1487 "Iron, upgraded!" will investigate the use of iron-based materials with a focus on their magnetic and catalytic properties during the funding period from Jan. 1, 2022, to Jan. 1, 2025. Iron is the most abundant metal in the earth's crust and could replace rare, toxic and environmentally harmful metals in essential chemical applications in the future. In this project, a consortium led by the TU Darmstadt in collaboration with Goethe University Frankfurt, University of Heidelberg, Johannes Gutenberg University Mainz, Philipps University Marburg and Max Planck Institute for Chemical Energy Conversion will comprehensively investigate iron in a wide range of environments and with regard to versatile parameters. The aim is to come to meaningful conclusions about the future use of iron and to develop solutions for sustainable processes and materials.

Project A03: Activity-Stability-Transport Correlations of Iron-Molybdate-Based Catalysts in Oxidative Dehydrogenation of Ethanol

In subproject A03, a new synthesis route of green acetaldehyde and acetic acid from ethanol utilizing an iron-molybdate-based catalyst is being investigated. In the course of the necessary defossilization of the chemical industry, bioethanol will play an important role as a chemical feedstock. For the products acetaldehyde and acetic acid (several million tons of production per year), both of which are also essential feedstocks, for example in the production of polymers, a holistic green synthesis route with sustainable, iron-based catalysts is of great importance.

Under the leadership of Prof. Dr.-Ing. Bastian Etzold and Prof. Dr. Andreas Dreizler, the coupling of catalytic activity and stability, as well as heat and mass transport, is being investigated. Prof. Etzold's group is involved in the project with a detailed evaluation of chemical kinetics as well as the simulation of chemical reaction engineering. Under the direction of Prof. Dreizler, an optically accessible catalysis channel is being developed at the Institute of Reactive Flows and Diagnostics (RSM), which will enable spatially and temporally resolved concentration and temperature profiles to be measured in-situ at the catalyst surface using IR thermography and Raman scattering. A conceptual sketch of the electrically heated and optically accessible catalytic channel is shown in Figure 1.

For the detection of spontaneous Raman scattering, a novel spectrometer concept is developed and applied, which allows measurement of both, the high-resolution spectral response of the nitrogen molecule for the purpose of thermography and the Raman scattering of all main species involved in the process for the determination of the concentrations, in two independent detection channels. Figure 2 schematically shows the spectrometer developed in cooperation with the group Optical Diagnostic Methods and Renewable Energies of Prof. Dr.-Ing. Dirk Geyer at Darmstadt University of Applied Sciences. The Raman scattering is excited by a 100 W continuous-wave fiber laser. 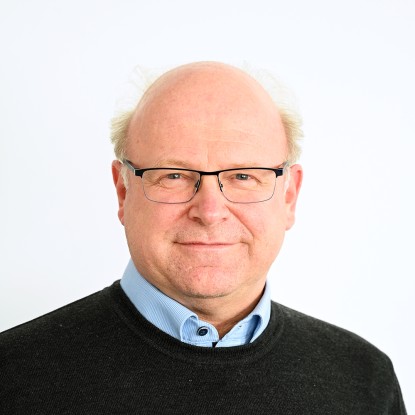